If you are travelling with the Geek Atlas by John Graham-Cumming in your bags and are just visiting Brusselles or Paris, the beautiful flemish city of Bruges and the statue of 16th century flemish mathematician Simon Stevin is not far away from you. 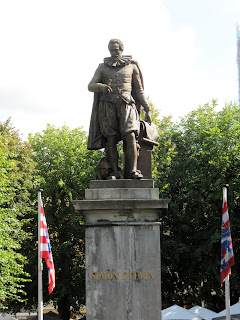 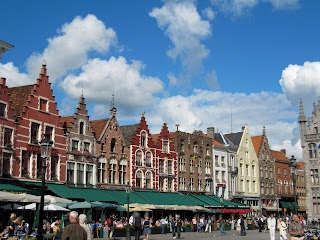 Bruges itself is easily discovered by foot on 1 day. The Simon Stevinplein is a little way South-East from the market square (the large central square which is dominated by the Belfort), down the Steenstraat. Get the Google Maps directions here. 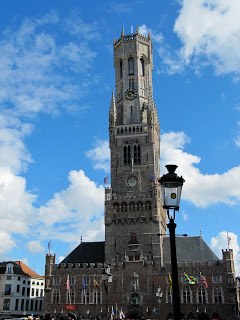 Simon Stevin (1548/49 – 1620) himself was a flemish mathematician and engineer who is perhaps most famous for his proof of the law of equilibrium on an inclined plane. Indeed this proof is also visible on his statue in his left hand. There are also other interesting scientific engravings at his monument. 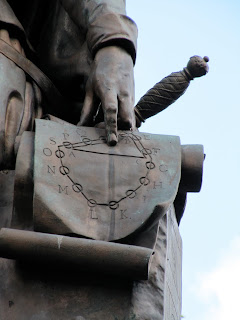 Unlike the Geek Atlas, I won't, and can't 100% reliably respectively, provide you with a little science as I don't want to give you any wrong information on the subject. So just follow the Wikipedia Link to get some more information on Simon Stevin and his works. 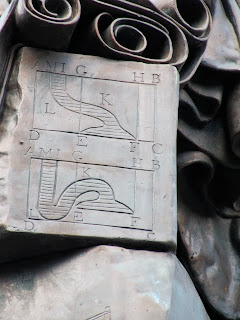 The statue is dominating the Simon Stevinplein and is flanked by a nice alley, various shops and cafes. The Steenstraat is one of the main tourist routes leaving from the main square but the statue is, in majority, passed by the many "normal" tourists, so you can have a quiet view on his proof and relax a little on the square. 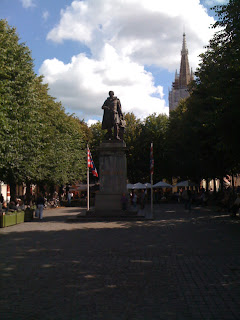 PS: Belgium is famous for its tasty beer and its special double deep-fried chips (see the picture of my special-chips with ketchup, mayonaise and a huge load of onions...). 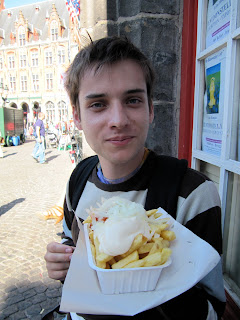 Posted by tttthomasssss at 1:15 PM